Homebuying activity was essentially unchanged in January 2019 compared to one year ago, according to NAR’s January 2019 REALTORS® Confidence Index Survey.[1] The REALTORS® Buyer Traffic Index registered 52 in January 2019, just slightly above 50, a level that indicates no change in the overall direction of buyer traffic activity, One year ago, the REALTORS® Buyer Traffic Index was at 69, a level that indicates homebuying traffic was broadly stronger compared to conditions one year ago. A lower index in one month compared to the level in another month slower activity during that former month, so the steep decline in the value of the index from 69 to 52 indicates homebuying conditions have slowed significantly from conditions one year ago.[2] The REALTORS® Buyer Traffic Index has fallen below leads existing home sales by one to two months, so the January reading is an indicator of sales in the next one to two months. 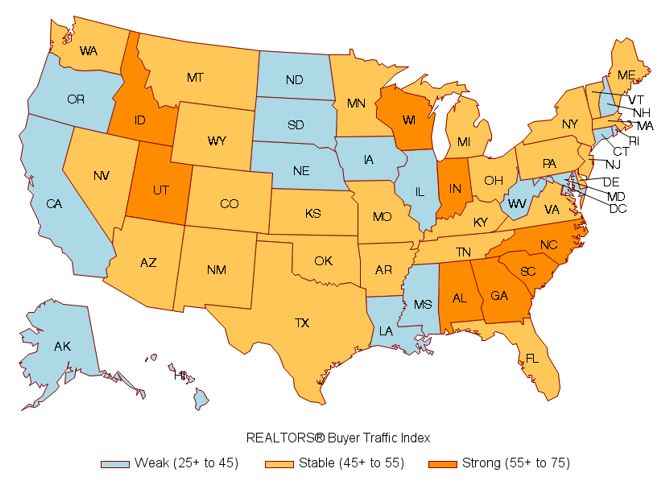 The REALTORS® Buyer Traffic Index has hovered at near 50 since August 2018 when the index fell to 51 and remained at below 50 through December 2018. The January reading of 52 indicates a slight upturn in homebuyer traffic as mortgage rates started falling in January 2019.  As of the week of February 14, the average 30-year fixed mortgage rate fell to 4.37 percent, from a high of 4.94 in the weeks of November 8 and 15.[3] 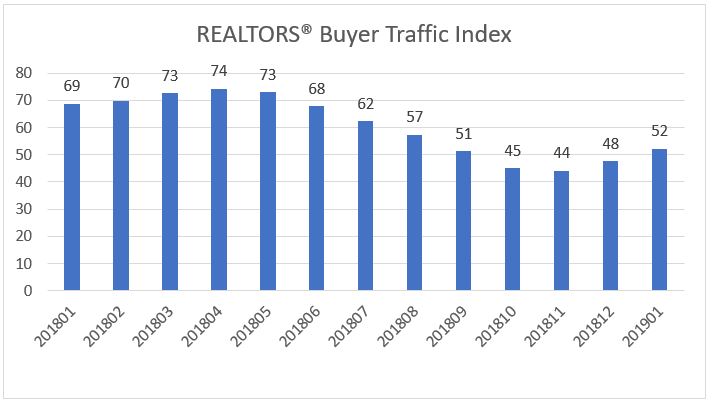 Higher mortgage rates compared to one year ago, the negative effect on confidence of the government shutdown, the cap on deductions for property, state, and local income taxes, and the very cold weather were some factors cited by the respondents for the slowdown in buyer activity in their markets. 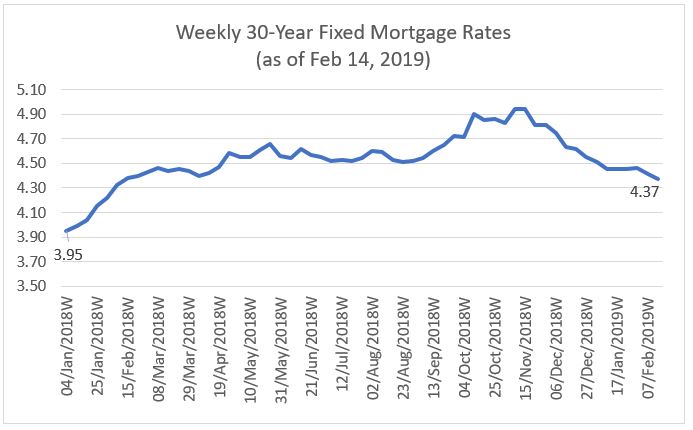 [1]In a monthly survey of REALTORS®, NAR asks respondents “Compared to the same month (January) last year, how would you rate the past month’s traffic in neighborhood(s) or area(s) where you make most of your sales?” NAR compiles the responses into an index, where an index above 50 indicates that more respondents reported “stronger” traffic than “weaker” traffic.  In generating the buyer traffic index at the state level, NAR uses data for the last three surveys to have close to 30 observations. Small states such as AK, ND, SD, MT, VT, WY, WV, DE, and D.C., may have fewer than 30 observations. The index is not seasonally adjusted, so a year-over-year comparison is appropriate.

[2] The index is not seasonally adjusted, so a year-over-year comparison is appropriate compared to a month-to-month comparison in evaluating whether market conditions are improving or deteriorating.

[4] Bloomberg reported that 876,000 acres were burned in California due to wildfires, citing data form the California Department of Forestry and Fire and Protection in Now California Wildfires Burn All Year; see https://www.bloomberg.com/news/articles/2019-01-17/california-fires-burn-all-year-as-drought-left-state-a-tinderbox

[5] Rates started falling after Chairman Powell of the Federal Reserve Board announced in December 2018 that it was looking at one rate hike in 2019.