The NFL’s Divisional Round kicks off this weekend, featuring a bevy of talented teams, including regular heavyweights, the New England Patriots and the Pittsburgh Steelers, as well as some newcomers (Jacksonville Jaguars and Tennessee Titans).

While TV analysts and armchair quarterbacks dissect the rosters of each team to figure out who will be the winner of Super Bowl LII, here’s a fun look at picking this year’s champion based on NAR Research’s third quarter price data in the metro area of each team’s city:

* Price data for the Pittsburgh metro area comes from the realtor.com® 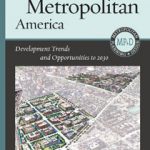