Respondents from the states of Washington, Oregon, Idaho, Nevada, California, Utah, Wyoming, Colorado, and Wisconsin expect the highest price growth in the next 12 months, with the expected median price growth at more than five to nearly eight percent. 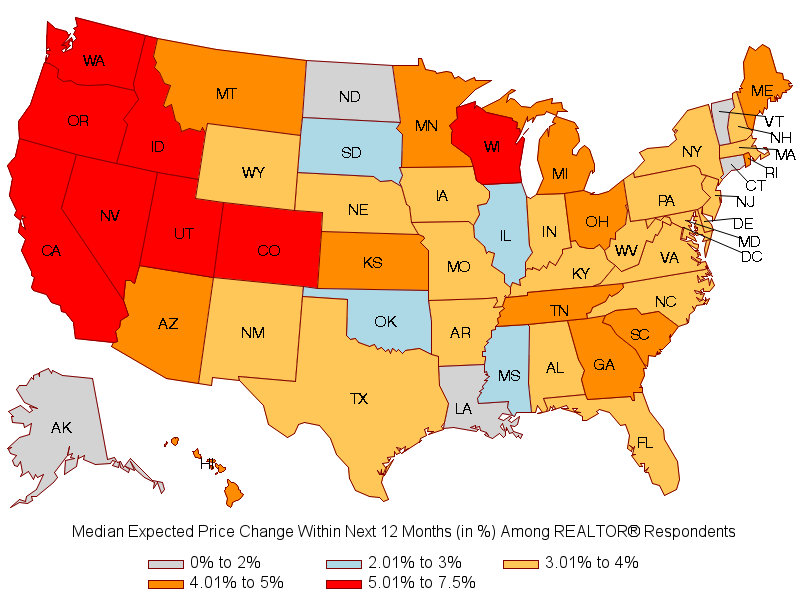 Owing to tight lack of construction, house prices have increased steeply since 2012 compared to the growth in income. Nationally, the median price of U.S. existing homes sold was 68 percent higher than the level in January 2012, the year the housing market started to recover solidly.  Meanwhile, wages have increased only 15 percent since then. 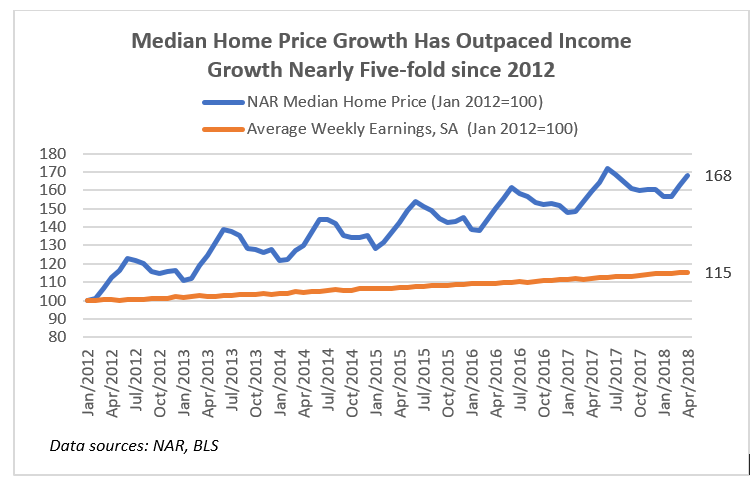 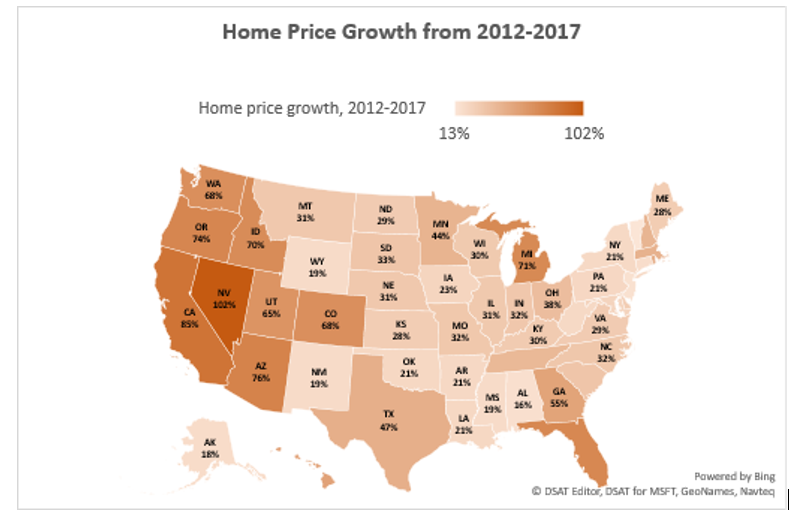 [1] Because each month’s survey asks about the outlook in the next months, the responses collected from January-March 2018 covers the outlook for January 2018-March 2019.

[2] Realtor.com data is freely available and can be download from https://www.realtor.com/research 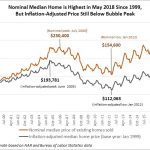