REALTORS® Report Continued Lack of Homes for Sale in April 2018

In a monthly survey of REALTORS®, respondents are asked “Compared to the same month last year, how would you rate the past month’s traffic in neighborhood(s) or area(s) where you make most of your sales?” Respondents rate seller traffic as “Stronger” (100), “Stable” (50), or “Weaker” (0) and the responses are compiled into a diffusion index. An index greater than 50 means that more respondents reported “stronger” than “weaker” conditions. 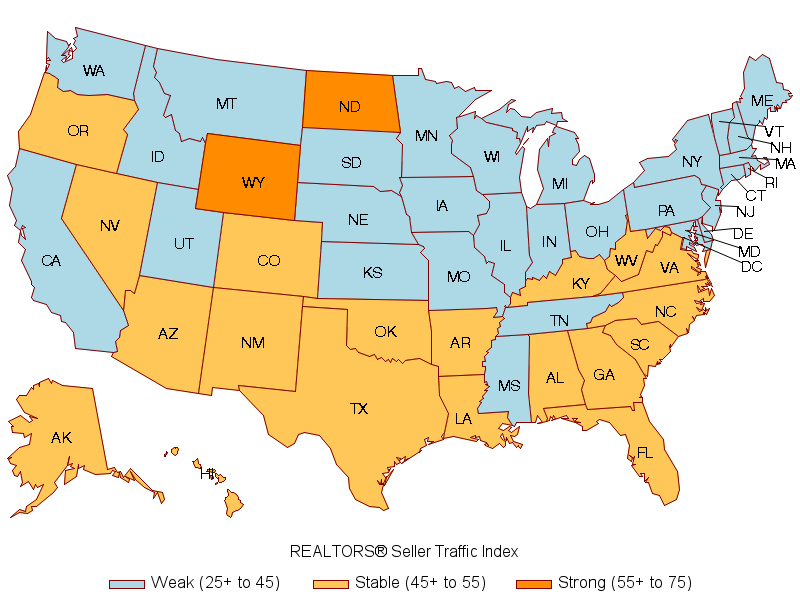 The supply of homes for sale continues to fall behind the housing demand. Nationally, the REALTORS® Seller Traffic Index registered at 45 in April 2018, while the REALTORS® Buyer Traffic Index was at 74. An index greater than 50 means that more respondents reported “stronger” than “weaker” conditions. 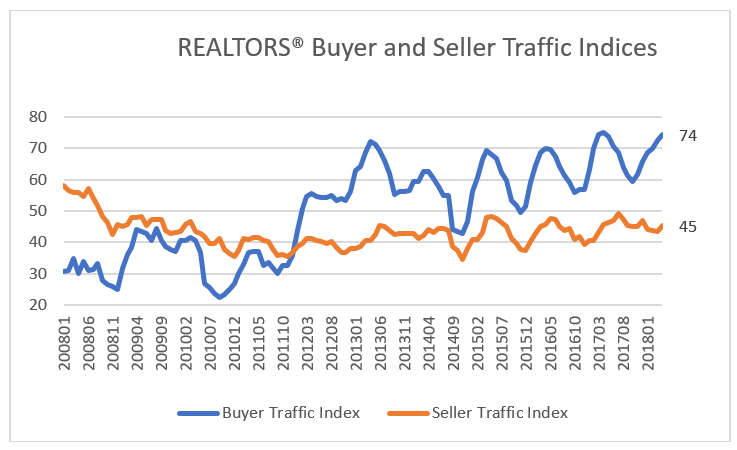 Use the data visualization below to view the change in active listings on Realtor.com in April 2018 from one year ago. Metro areas with lower listings are depicted in orange. 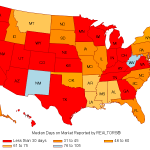 In Which States Did Properties Sell Most Quickly in April 2018?days on market, Home Sales, REALTOR® Confidence Index, Uncategorized