B to B or Business to Business is sometimes used as shorthand for related entities or industry partners cooperating on a menu of products or services.  It is an ‘intra’ concept as opposed to B to C Business to Consumer (inter) relationship.  To my mind, the ultimate B to B structure inside organized real estate is the triangulated relationship between Brokers/Agents, the MLS community, and NAR (all 3 levels).  There are even B to B relationships within this pyramid that have worked together for decades.  There is the Broker/Agent to NAR connection, there is the Broker/Agent to MLS connection, and there is the NAR to MLS connection.  It is this last connection that I’d like to spend a bit of time discussing and in the process, perhaps posit an opinion that the ties that bind us and the opportunities to strengthen our unity are more prevalent now than ever.

As a starting point, allow me to recap or catalogue some past successes we have had together, as a way of suggesting this B to B relationship is stronger than some might think.

For 25 plus years, NAR has been a consistent sponsor of CMLS events even way back when the meetings were in the Northwest and they seemed to only be able to attract 50-75 participants.  Ann Bailey and I always talked about the seeds of collaboration being planted way back then even if it took a fair amount of time for the orchard to mature.  Thanks to some recent very strong, forward thinking MLS leadership actions to create a standalone, membership based legal entity and the hiring of a top executive, Denee Evans, there are considerably more attendees (members)now and CMLS has really come into its own.  Simply put, this progress is very significant and needs to be acknowledged and nurtured.

Twenty plus years ago NAR started a thing called RETS, the Real Estate Transaction Standards, with me (the lay person) and seven really knowledgeable and committed industry veterans from Top Producer, Wildfyre, etc…. and one of the preeminent MLS executives in the country, Peter Shuttleworth.  His early contributions to developing the ‘transport mechanism’, much of which is still in use, was exemplary.  NAR, in kind, has been donating open source software to RETS for many years.

In late 2009, we worked with RESO Chairman, Pat Bybee (she’s still missed very much), to morph RETS into a more expanded and inclusive MLS and Vendor universe eventuating in the incorporation of RESO as the umbrella organization that exists today.

Then came CIVIX and an appeal from Ann Bailey on behalf of the MLS community for NAR to attempt a negotiation which would bring this dangerous and potentially catastrophic threat to settlement.  Thanks to Ann and General Counsel Laurie Janik, we were able to put this one behind us, saving MLS’s many millions of dollars.

About three or four years ago I hosted a meeting in Chicago of several key MLS executives who were requesting that NAR loosen some of the controls around the RETS/RESO process and in exchange they promised to deliver a more actively engaged and interested MLS community.  They kept their promise and we kept ours – and out of that has evolved a more vibrant RESO – today’s standards setting group which has grown by leaps and bounds and consists of the best and brightest MLS, Vendor, Brokerage and Association technologists.

Not long ago, NAR stepped up and partnered with our colleagues in the Canadian Association to fund the capture of the MLS ‘domain name’ to protect the brand lest it fall into unfriendly hands.

Then because of helpful feedback from MLS executives that NAR might better understand their point of view if we had someone on staff who came from an MLS background and could advocate for MLS’s – we agreed and added a headcount and hired Caitlin McCrory to do just that.

Valuing and desiring even more feedback, NAR Leadership has been meeting with MLS industry leaders for the past several years and a new, fresher, open dialogue has been achieved.  So much so that we signed the NAR/CMLS cooperative agreement last year which put a number of MLS Executives on NAR committees and has opened up a whole new channel for communication and cooperation.  This past May, CMLS leadership were invited to attend the NAR Executive Committee meeting to provide an update and were sincerely ‘lauded’ for their esprit de’corp and collegiality.

For the past two years our Realtor Party team has been reaching out to MLS’s to contribute to our Corporate Advocacy Funding Program and the response has been overwhelming with more than $1 million pledged and received.

Whether you’ve come to see it this way or not, RPR too was hoped to be an important (B to B) example of cooperation between NAR, RPR, and the MLS and Vendor communities.  It has taken several years longer to achieve the critical mass necessary to demonstrate its ongoing value, but more importantly, we continue to offer up RPR as a great potential partner for what may come or be needed in the future.  The fact is we now have 701 licensing agreements with MLS’s and 25 CIE’s (Commercial Information Exchanges), and we will never do anything to violate or otherwise harm those hard fought arrangements.  We appreciate every one of those MLS Partners whether they were first or last, and whether they are complimentary or critical.

One of the first things Alex Lange did after coming on board with Upstream was to create an MLS Advisory Council to bounce ideas off of and create a channel of communication.  He did not cherry pick our ‘friends’ so to speak, rather he engaged a cross section of all types of MLS’s and MLS executives.  It is out of that group’s advice and counsel and the Upstream Board’s desire to bring everyone back together, that the second option (MLS input first) was born and which has been very well received.  Some have said this is where Upstream should have started to begin with and that its name now belies its mission and brokers original intent.  The NAR learning moment was and is to remember to listen more closely to the Brokers and MLS executives.  When the Brokerage Community perceived an intractability could anyone blame them for wanting to reclaim the fundamental principle of owning and controlling their listing data.  By the same token, some MLS’s understood this perception and were open to providing solutions to the Brokers frustrations.

Which brings us to why the heck did we get into this whole Upstream deal when we did?  Among the strategic reasons none was more basic than demonstrating to the Brokers of this country that we still believed in them and what they represent.  Yes, it’s as simple as that.  They needed us and we responded.  I shudder to think what organized real estate would look like without the Broker as its backbone.

And now we are post Midyear Meetings and the subsequent vote by the NAR Board of Directors to further invest in the future and potential of an RPR/Upstream/MLS Partnership.  It is my belief that the vote (649-93) was far more prescient and strategic in its intent than just funding the Upstream alternative.  I believe the Board of Directors was sending a strong signal that they like it when all the parties are cooperating and working together for one key purpose – to help them!  I think they’d like to see much more of a focus by all of us to come together to serve them better.

Some of you may have missed this signal or dismissed it as yet another attempt on NAR’s part to interfere or intrude itself into space in which it does not belong.  Or you may have spent some time commiserating about what was accurately reported as my ‘cartel’ comment.  Unfortunately, what was conveniently omitted was what I said right before that, which was:

“THERE ARE SOME FANTASTIC VENDORS AND EVEN MORE FANTASTIC MLS’s OUT THERE THAT DO AN UNBELIEVABLE JOB, THEY ARE NOT THE PROBLEM!”

….. followed by applause from the NAR Board of Directors.

Then, after the Midyear Meetings, I listened to a couple of excellent online interviews; one covering the events at the Midyear meeting and one which occurred shortly thereafter.  I can’t say I liked everything they discussed nor do I agree with all of their conclusions, but they were even handed, and generally fair in their observations about the ‘pivot’ to option B and other NAR activities.  What’s the saying …. ‘if you can’t take the heat’.

So where are we now?  Alex Lange reports that he is being warmly received by MLS executives who are anxious to engage in the Option B implementation process as evidenced by a strong desire to discuss an LOI with Upstream.  Alex indicates there are even some large MLS executives who want to bypass the LOI process and get things going by moving straight to a contractual and implementation process.

Additionally, MLS executives are not sitting on their hands.  They are forcing speedier creation and adoption of a true RESO API.  They are talking merger/consolidation like never before.  (Hats off to BrightMLS and a number of others).  Some particularly entrepreneurial folks have introduced the ‘BROKER PUBLIC PORTAL’ and ‘THE GRID’ to the MLS community and they’re putting their money where their mouth is.  As previously mentioned, CMLS has blossomed as a force for cooperation and ideation.  MLS data sharing is happening all over the place.  Some MLS vendors are really stepping up with some state-of-the-art products, particularly focusing on MLS front ends.  FBS and CloudMLX are just a couple of examples of high quality vendors pushing the envelope.

In the meantime, the Brokers are excited about seeing forward movement and progress via Upstream.  They do not feel beaten or that they ‘lost the first round’ as some have said.  They are first and foremost entrepreneurs, they are used to revising their business plans over and over again and moving on.  Mostly they are optimistic about a renewed sense of collaboration within our B to B communities.

So I finish with this; which if it’s true nothing can stop us from sustaining our shared mission to successfully serve our members – Just tell me you still believe in REALTORS® and what they represent.  Tell me you still buy-in to the ‘trusted advisors’ that make dreams come true every day.  I believe in them and always have.  If you do too, then let’s begin anew and create an even stronger B to B platform together which benefits everyone but not at the sacrifice of anyone. 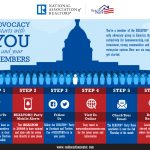 You’re Invited! Join us in Celebrating REALTOR Advocacy this MayUncategorized 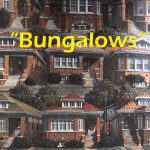