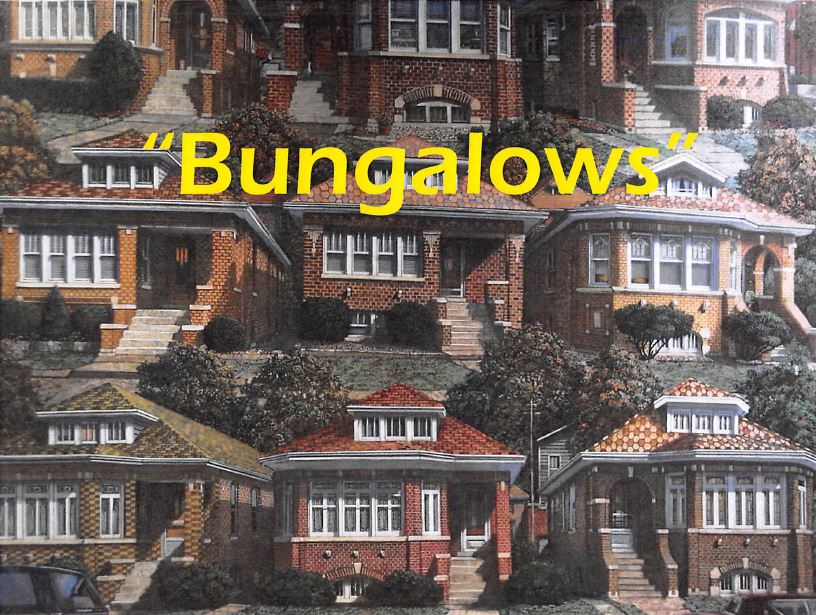 For the last 12 years I have walked past a lithograph outside my office, titled ‘Bungalows’! It’s an amazingly accurate representation of what typical houses in the Chicago neighborhoods and surrounding suburbs have looked like for at least 80 years. All lined up in a row, proud evidence of blue collar America, they are modest, brick structures, usually with a well-worn stoop for the evening ritual of sitting and jawing with the neighbors. I thank Terry McDermott, my CEO predecessor and colleague, for pointing the piece out to me (Terry is a Chicago area native like me).

As they say, it ‘speaks to me’ but not in the way you might have thought. While there is joy in appreciating the artist’s skill and interpretative soul – for me, it’s a daily reminder evoking a degree of melancholy bordering on the bittersweet.

If that seems a bit overly dramatic or an odd thing to say (after all it’s just a painting), indulge me long enough to explain. For your patience, I will offer some insight as to what has led to my spending the majority of my working career at the National Association of REALTORS®.

I grew up in Calumet City, a 20 mile drive straight south from downtown Chicago, sharing the Illinois/Indiana border with Hammond, Indiana. In the 40’s, it was referred to as Sin City of the Midwest, apparently for some rather liberal entertainment establishments along the state line that exist to this day. And yet, I thought it was ‘Leave it to Beaver-town’. It was not a particularly diverse place what with 80% of the population being Polish. Every corner had a neighborhood bar, not a Pub, not a Diner – a Bar. The last time they counted how many bars there were ‘back in the day’ it exceeded 125, which is a lot of bars for any town, let alone one of 20,000 people. Cal City as it’s referred to, was in the heart of steel mill country. When you graduated from high school, you could count on a decent paying job in ‘the mills’. Less than 10% of my graduating class were fortunate enough or interested enough to attend college. And so it went – athletic enough to get a basketball scholarship, I went away to school to return home five years later (yes I transferred once so it took every bit of five years) degree in hand. What did I do – you guessed it – I went to work in the mills. U.S. Steel to be exact. South Works to be precise. Accounting turned out to be my aptitude so ‘bean counter’ it was. Literally dozens of my old classmates had a five year head start on me and were marching their way up the steel workers union hourly pay scale as pipefitters, journeymen, electricians, furnace operators, shippers, crane operators, defect inspectors, grinders, and day laborers. Proud, hardworking people, they were always on the lookout for another shift so they could make a mortgage payment or buy their kids some clothes. Living paycheck to paycheck was a way of life. After your shift was over, it was time to engage in a maniacally religious experience known as sixteen inch softball (no glove’s please). A hotly contended scrum every night all summer long, it always ended with the inevitable trip across the street for a Schlitz or an Old Style. Archie Bunker had nothing on us. Those WERE the days!

A half dozen years later, in the middle of the sideburns and disco era, I felt the itch to take my bean counting ability elsewhere (I must admit I had been hearing the rumors of the Japanese dumping steel and putting tremendous pressure on the US steel makers to cut costs). Lucky enough to have a few options, I had a degree and six years experience – I landed at Memorex Corporation, some 40 miles away in the western suburbs. My childhood friends were not so lucky. On one day alone in 1979, they announced the closure of the South Works plant, immediately putting 10,000 people out of work. What followed was predictable and disturbing – many of my friends lost their homes very quickly (yes, those very bungalows) and as if aliens had swept them into the stars, they were gone almost overnight. I never saw them again. To this day I wonder what happened to them. As you might expect, the energy and hopes of a region kicked in the teeth reeled from the loss. The neighborhoods deteriorated. Rows of homes fell into disrepair, and Calumet City, although to this day still valiantly trying to make a go of it, was never the same.

Then what can only be described as ‘serendipity’ to the highest degree – I came to NAR as the Director of Accounting. And I discovered that most precious of career granting gifts – a reason to come to work. And so every day, for 36 years, 12 as the NAR CEO, I have been lucky to be part of the largest dream making and dream saving machine the world has ever known – organized real estate and REALTORS®. I have been blessed to work with the very best Realtors® the world has to offer, legends and icons of an industry with a rich storied history.

Confessions are easiest when you have little to lose – So, as I close this chapter of my life, I sheepishly confess – I used you – I used you to help me feel like I was doing ‘good’. The work of the Staff and Volunteers of NAR and every State and Local Association and MLS Executive is ‘noble work’. It means something to put someone in a home, or even better in my case, to help save someone’s home. So on behalf of my many friends back home who I’ve stayed in touch with and to those I never saw again but for whom I still think of fondly, and to all of you with whom I’ve had the privilege of spending almost four decades – thank you for giving me a reason to get up in the morning and instilling the belief in me that each of us really can make a difference. And today, July 31, 2017, as I pass that painting for the last time, the bitter sweetness will at last be replaced with the knowledge that I tried my hardest, I felt deeply about my job, and the ultimate consolation that Webster’s dictionary still today defines ‘Realtor®’ as a member of the National Association of Realtors®!

admin
Recent Posts
Texas Network Solutions: All Rights Reserved © 2018 texasnetworksolutions.net
Posting....
TO “B TO B” OR NOT TO “B”Uncategorized 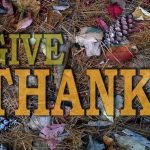