There’s been confusion since the big tax law was enacted over the deductibility of interest on home equity loans. NAR has been saying that the interest is still deductible for the part of the loan that’s used for home repairs, renovations, and additions. And that’s the correct interpretation, according to the IRS. The agency confirmed that in a memo about a week and a half ago.

The part of the loan that’s used on the house to fix something or improve it remains deductible under the new tax law. Loan proceeds that are used for personal living expenses or anything not related to improving the home is not deductible.

The clarification is looked at in the latest Voice for Real Estate news video from NAR.

The video also looks at an important vote in the House on so-called drive-by lawsuits. These are lawsuits filed by people who are using accessibility requirements under the Americans with Disabilities Act to extract fees from small property owners. People are sending letters to property owners alleging they have an ADA violation and threatening a lawsuit unless the owner reaches a settlement with them. The person sending the letter typically doesn’t even say what the alleged violation is. The only way the owner can find out is by going to court. Most owners end up settling as the cheaper alternative and if there was ever any violation the owner never finds out what it is.

The House passed a bill requiring people who send these letters to identify what the alleged violation is and to give owners a chance to correct the problem before taking them to court. It’s a solution that addresses a clear abuse of an important law and NAR supported its passage. The bill still has to be taken up in the Senate.

Other topics in the video include NAR’s Commitment to Excellence initiative, which will roll out later this year, to give NAR members a chance to voluntarily assess how well they perform on key aspects of their business, including technology, the Code of Ethics, and the forms and contracts they use.

The video also gives an update on home sales—they’re off to a slow start this year, mainly because of inventory shortages in many markets, especially among lower-cost starter homes—and what’s happening in commercial real estate. Briefly, transaction volume on small cap properties is doing okay but volume on large cap properties is slowing down. 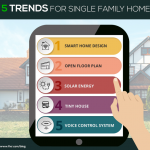